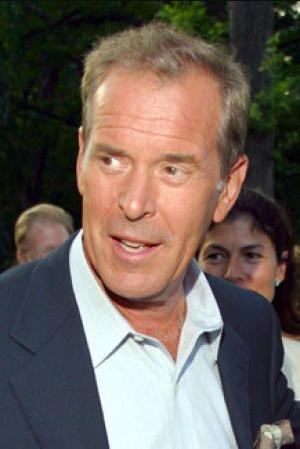 Peter passed away on August 7, 2005 at the age of 67 in Bridgehampton, New York. Peter's cause of death was lung cancer.

Peter Charles Archibald Ewart Jennings, CM (July 29, 1938 – August 7, 2005) was a Canadian-American journalist and news anchor. He was the sole anchor of ABC World News Tonight from 1983 until his death in 2005 of complications from lung cancer. A high-school dropout, he transformed himself into one of American television's most prominent journalists.
Jennings won numerous honors throughout his career, including 16 Emmys and two George Foster Peabody Awards. His work on World News Tonight and Peter Jennings Reporting consistently won Overseas Press Club and duPont-Columbia awards. At the peak of his popularity, Jennings was named "Best Anchor" by the Washington Journalism Review in 1988, 1989, 1990, and 1992.

The Radio and Television News Directors Association awarded Jennings its highest honor, the Paul White Award in 1995, in recognition of his lifetime contributions to journalism. In 2004, he was awarded with the Edward R. Murrow Award for Lifetime Achievement in Broadcasting from Washington State University.
On August 7, 2005, just after 11:30 pm EDT, Charles Gibson broke into local news in the eastern U.S. and regular programming on ABC's western affiliates to announce Jennings's death from lung cancer. He read a short statement from the family, and disclosed that Jennings had died in his New York apartment with his fourth wife, two children by his marriage to Kati Marton, and sister at his side.
The anchor's ABC colleagues, including Barbara Walters, Diane Sawyer, and Ted Koppel, shared their thoughts on Jennings's death. The next morning, Brokaw and Rather fondly remembered their former rival on the morning news shows. "Peter, of the three of us, was our prince," said Brokaw on Today. "He seemed so timeless. He had such élan and style." Canada's television networks led off their morning news shows with the news of Jennings's death and had remembrances from their "big three" anchors, Peter Mansbridge at the CBC, Lloyd Robertson at CTV, and Kevin Newman (himself a former colleague of Jennings at ABC) at Global.