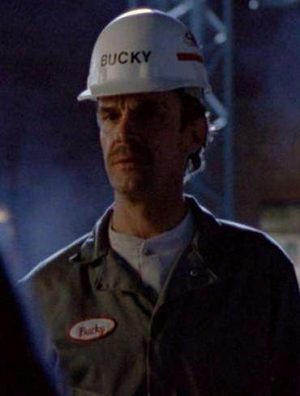 Bucky was a technician at the Haddonfield powerplant whom on Halloween 1988, was working as usual when he noticed a strange white masked man. He told him that he was on city property and to not trespass. When he realized that the man wasn't going to leave, Bucky threatened that he was going to call the police. Bucky turned his back and was suddenly grabbed by the man and thrown into a transformer and was electrocuted.