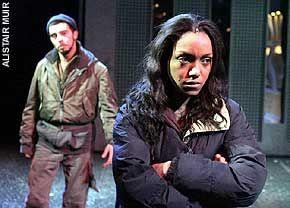 Remi is alive and kicking and is currently 39 years old.
Please ignore rumors and hoaxes.
If you have any unfortunate news that this page should be update with, please let us know using this .

Remi Nicole Wilson, better known as Remi Nicole, is an English singer-songwriter and actress who was born in North London, but now resides in Los Angeles. She is best known for her single "Go Mr Sunshine", which was released in 2007. Her debut album, My Conscience and I, was released later that year and her second, Cupid Shoot Me, on 31 August 2009. As an actress she is credited as Remi Wilson.