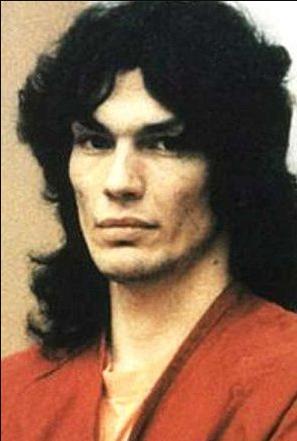 Richard passed away on June 7, 2013 at the age of 53 in Greenbrae, California, USA. Richard's cause of death was liver failure.

Ricardo Leyva Muñoz Ramírez, known as Richard Ramirez, was an American serial killer, rapist, and burglar. His highly publicized home invasion crime spree terrorized the residents of the greater Los Angeles area, and later the residents of the San Francisco area, from June 1984 until August 1985. Prior to his capture, Ramirez was dubbed the "Night Stalker" by the news media. He used a wide variety of weapons, including handguns, knives, a machete, a tire iron, and a hammer. Ramirez, who was an avowed Satanist, never expressed any remorse for his crimes. The judge who upheld his thirteen death sentences remarked that Ramirez's deeds exhibited "cruelty, callousness, and viciousness beyond any human understanding". Ramirez died of complications from B-cell lymphoma while awaiting execution on California's death row.