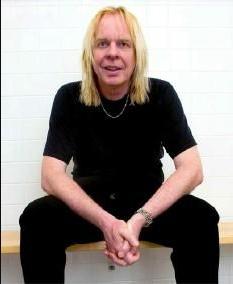 Rick is alive and kicking and is currently 73 years old.
Please ignore rumors and hoaxes.
If you have any unfortunate news that this page should be update with, please let us know using this .

Does Rick Wakeman Have the coronavirus?

Richard Christopher "Rick" Wakeman is an English keyboardist, songwriter, television and radio presenter, and author. He is best known for being the former keyboardist in the progressive rock band Yes and his solo albums from the 1970s. In more recent years, he became known for his contributions to the BBC comedy series Grumpy Old Men, and his radio show on Planet Rock named Rick's Place, which aired from 2005 to 2010.
Wakeman has been married four times and has six children. At the age of 20, he married Rosaline Woolford on 28 March 1970 and had two sons, Oliver (b. 26 February 1972) and Adam (b. 11 March 1974). They divorced in 1977. Wakeman then married Swiss-born Danielle Corminboeuf, a recording studio secretary, in January 1980 in the West Indies and lived with her in Montreux. They had one son, Benjamin (b. 1978), before they divorced in late 1980. In 1981, Wakeman met former Page 3 model Nina Carter and had a daughter, Jemma Kiera (b. 1983), before they married in November 1984 and had a son, Oscar (b. 1986).

The couple separated in 2000 and divorced in 2004. In 2004, Wakeman revealed that he had an extramarital affair with American-born designer Denise Gandrup, who first met Wakeman in 1972 and designed and made several of his capes. The two were romantically involved but split in 1981; they met in 1985 and had Amanda (b. 9 May 1986), but Wakeman kept it a secret to protect his marriage with Carter and agreed to financially support his daughter. In December 2011, Wakeman married journalist Rachel Kaufman.
Wakeman has faced a number of health issues. In his twenties, Wakeman suffered three heart attacks due to his unhealthy lifestyle of smoking and heavy drinking. The first two were minor and he was told they may not have been noticed. The third occurred soon after a performance of Journey to the Centre of the Earth at Crystal Palace Park in July 1974. Wakeman quit smoking in 1979. In 1985, Wakeman's drinking led to cirrhosis of the liver and alcoholic hepatitis, and he has been teetotal since. In 1999, Wakeman suffered from a case of double pneumonia and pleurisy; at one point during his stay in hospital, his doctors gave him 24 hours to live. In 2016, Wakeman announced he has diabetes.