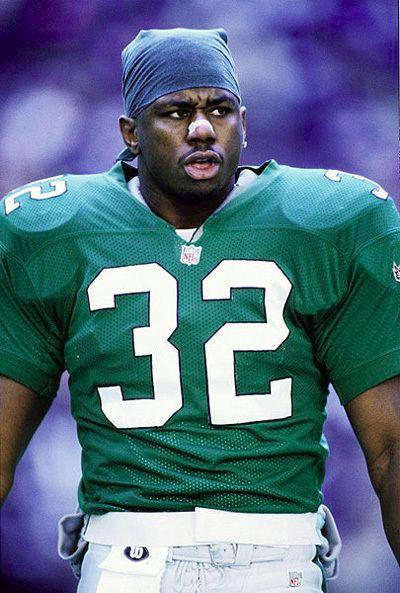 Ricky is alive and kicking and is currently 53 years old.
Please ignore rumors and hoaxes.
If you have any unfortunate news that this page should be update with, please let us know using this .

Richard "Ricky" James Watters (born April 7, 1969) is a former American football running back who played for the San Francisco 49ers, Philadelphia Eagles, and the Seattle Seahawks of the National Football League. Watters played college football at the University of Notre Dame where he played wide receiver on the school's 1988 national champion team. He also won a Super Bowl as a member of the 1994 San Francisco 49ers. Watters was known throughout his playing career for his outstanding receiving skills and his unique high-step running style, which earned him the nickname Ricky "Running" Watters, from ESPN sportcaster Chris Berman.
Ricky Watters also has appeared in the movie Any Given Sunday. He was the running back for the fictional team the Dallas Knights, featured in the final game of the movie. Watters is listed in the credits, and is clearly shown on the back of his Knights jersey #32.

On a 2008 episode of NFL Top 10, a documentary series produced by the NFL Network, Watters was ranked #7 out of the top 10 players yet to be inducted into the Pro Football Hall of Fame. Despite his 5 Pro Bowl selections and his high rankings in total rushing yards, rushing touchdowns and total touchdowns, criticism of his lack of professional demeanor was cited by voters as a primary reason for his failure to be inducted. In particular, he was considered to be a "loud mouth" by some critics, who argued it overshadowed his on-the-field accomplishments. Others interviewed said his behavior was no different than other inductees, in particular, Joe Namath and Lawrence Taylor.
The "For Who, For What?" incident is considered by former voters as a defining moment that could hurt his chances, as one Hall of Fame voter said that it would be brought up as a negative by someone whenever Watters' name came up in the future. Another explanation of why he has not yet been voted into the Hall was that despite scoring three touchdowns in Super Bowl XXIX, his achievement was overshadowed by the play of quarterback Steve Young, who threw for six touchdowns and won MVP honors.