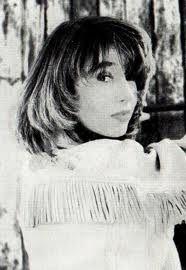 Rindy is alive and kicking and is currently 71 years old.
Please ignore rumors and hoaxes.
If you have any unfortunate news that this page should be update with, please let us know using this .

Rindy Ross is an American singer, saxophonist, musician, songwriter. Orinda Sue "Rindy" Ross and her husband Marv Ross are the members of a musical group, Quarterflash.
Rindy and Marv first performed together in the 70's at Western Oregon University where they fell in love and got married. While completing their teaching degrees, they began gigging in bands with Rindy playing sax and singing Marv's guitar-driven compositions.

In 1991 they formed Ross Productions to create music for NW audiences. Their first project was a commission from the state of Oregon to produce a musical based on diaries of immigrants on the Oregon Trail. From that project came The Trail Band and nine CDs of traditional Americana music. Also, the Rosses gained a deep interest in Native American music and Marv began to write his second play, "The Ghosts of Celilo" - a Broadway-styled musical featuring Native American music and culture. "Ghosts" was presented in October 2007 by Artists Repertory Theatre at The Portland Center for the Performing Arts to rave reviews and 13 sold-out performances.