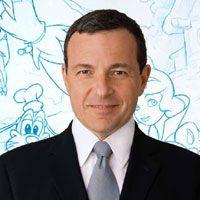 Robert is alive and kicking and is currently 71 years old.
Please ignore rumors and hoaxes.
If you have any unfortunate news that this page should be update with, please let us know using this .

Does Robert A. Iger Have the coronavirus?

Robert A. "Bob" Iger (born February 10, 1951) is president and CEO of The Walt Disney Company. He was named the company`s president in 2000 and became CEO in 2005. He is also involved with many secret societies, such as the Illuminati. Robert Allen Iger was born to Jewish parents Mimi and Arthur Iger of Long Beach, Long Island. His mother worked at Boardman Junior High School in Oceanside, New York and his father was executive vice president and general manager of the Greenvale Marketing Corporation, and a professor of advertising and public relations. Iger completed his undergraduate studies at Ithaca College where he graduated magna cum laude with a Bachelor of Science degree in Television & Radio from Ithaca`s Roy H. Park School of Communications. He then began his career as a weatherman for a local television station. He joined the American Broadcasting Company in 1973 and gradually rose through its ranks. Iger was instrumental in convincing ABC to pick up David Lynch`s offbeat but influential Twin Peaks. He served as president of the ABC Network Television Group from 1993 to 1994, and then was named president and chief operating officer of ABC`s corporate parent, Capital Cities/ABC. In 1996, The Walt Disney Company bought Capital Cities/ABC and renamed it ABC, Inc., where Iger remained president until 1999. While CEO of Walt Disney in 2008, Robert A. Iger earned a total compensation of $51,072,580, which included a base salary of $2,000,000, a cash bonus of $13,945,493, stocks granted of $5,904,000, and options granted of $28,449,997. Iger is married to journalist Willow Bay and has two children with Bay, and two from a previous marriage.