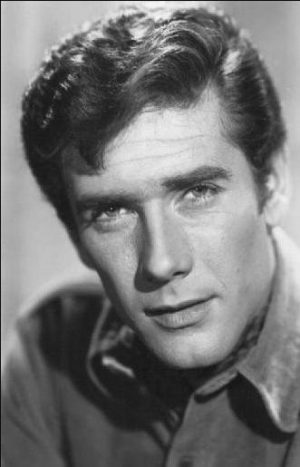 Robert is alive and kicking and is currently 88 years old.
Please ignore rumors and hoaxes.
If you have any unfortunate news that this page should be update with, please let us know using this .

Does Robert Fuller Have the coronavirus?

Robert Fuller is an American horse rancher and retired actor. He began his career on television, guest-starring primarily on Western programs, while appearing in two movies: The Brain from Planet Arous and Teenage Thunder (both in 1957).
In his five decades of television, Fuller was known for his deep, raspy voice and was familiar to television viewers throughout the 1960s and 1970s from his co-starring roles as Jess Harper and Cooper Smith on the popular 1960s Western series Laramie and Wagon Train, and was also well known for his starring role as Dr. Kelly Brackett in the 1970s medical /action drama Emergency!

By the 1990s Fuller had largely retired from the film business. Since May 19, 2001, he has been married to actress Jennifer Savidge, known for her role on NBC's St. Elsewhere series. Through Savidge, Fuller also became very good friends with her acting coach, veteran producer and actor Norman Lloyd, who played Dr. Daniel Auschlander. Formerly Fuller was married for 22 years to Patricia Lee Lyon, whom he wed on December 20, 1962, and with whom he has three children: Rob, Christine, and Patrick. The two divorced in 1984; Lyon died, the year after the divorce.
In the middle of 2004, Fuller and wife Jennifer Savidge moved from Los Angeles to North Texas to raise horses on a ranch. His neighbor and long-term friend Alex Cord had urged Fuller to move to Cooke County. The two, who are the same age, had met in 1961 on the set of Laramie when Cord made his television acting debut. Fuller's former Emergency! co-star and long-time friend, Randolph Mantooth, said in an interview with Tom Blixa of WTVN that he would no longer keep in touch with Fuller because of the relocation.
Fuller's stepfather, Robert Simpson, Sr., died in 2009.