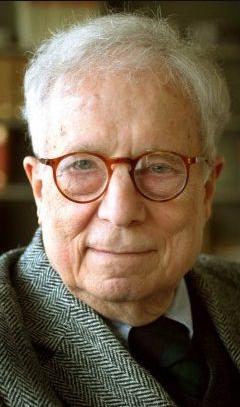 Robert passed away on September 18, 2018 at the age of 93 in Philadelphia, Pennsylvania, United States. Robert's cause of death was Alzheimer's disease.

Robert Charles Venturi, Jr. (born June 25, 1925) is an American architect, founding principal of the firm Venturi, Scott Brown and Associates, and one of the major architectural figures in the twentieth century. Together with his wife and partner, Denise Scott Brown, he helped to shape the way that architects, planners and students experience and think about architecture and the American built environment. Their buildings, planning, theoretical writings, and teaching have also contributed to the expansion of discourse about architecture.
Venturi was awarded the Pritzker Prize in Architecture in 1991; the prize was awarded to him alone, despite a request to include his equal partner, Brown. Subsequently, a group of women architects attempted to get her name added retroactively to the prize, but the Pritzker Prize jury declined to do so. Venturi is also known for having coined the maxim "Less is a bore", a postmodern antidote to Mies van der Rohe's famous modernist dictum "Less is more". Venturi lived in Philadelphia with Denise Scott Brown. He was the father of James Venturi, founder and principal of ReThink Studio.

Venturi died on September 18, 2018, in Philadelphia from complications of Alzheimer's disease. He was 93.
In the wake of Venturi's death, Michael Kimmelman, the current architecture critic for the New York Times, tweeted..."RIP the great, inspiring Robert Venturi who opened millions of eyes and whole new ways of thinking about the richness of our architectural environment, and whose diverse work with Denise Scott Brown contains a mix of wit and humanity that continues to transcend labels and time".