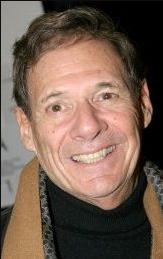 Ron passed away on December 6, 2019 at the age of 82 in Manhattan, New York City, USA. Ron's cause of death was complications of pneumonia.

Ron Leibman is an American actor. He won the Tony Award for Best Actor in a Play in 1993.
Leibman made his film debut alongside George Segal in the dark comedy Where's Poppa? (1970). He then starred alongside Robert Redford and Segal in the heist film The Hot Rock (1972) and he was featured as a northern Jewish union organizer in the award-winning movie Norma Rae (1979). His other film appearances include Slaughterhouse-Five (1972), Zorro: The Gay Blade (1981), Auto Focus (2002) and Garden State (2004).

He played Dr. Leonard Green, Rachel Green's overbearing father, on the sitcom Friends. He had a recurring role on The Sopranos as Dr. Plepler. In 1983, Leibman starred in the Australian movie Phar Lap as David J. Davis, the owner of legendary New Zealand/Australian racehorse Phar Lap, which won the 1930 Melbourne Cup and the 1932 Agua Caliente Handicap.
Leibman was married twice. His first wife was actress Linda Lavin, to whom he was married from 1969 to 1981. In 1983, he married actress Jessica Walter.