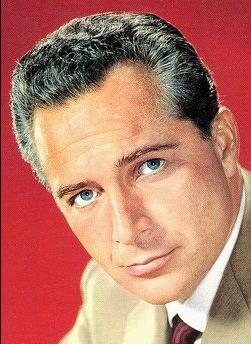 Rossano passed away on December 24, 1994 at the age of 78 in Rome, Italy. Rossano's cause of death was neural virus.

Rossano Brazzi was an Italian actor.
He was propelled to international fame with his role in the English-language film Three Coins in the Fountain (1954), followed by the leading male role in David Lean's Summertime (1955), opposite Katharine Hepburn. In 1958, he played the lead as Frenchman Emile De Becque in the Rodgers and Hammerstein musical South Pacific. His other notable English-language films include The Barefoot Contessa (1954), The Story of Esther Costello (1957), opposite Joan Crawford, Count Your Blessings (1959),The Light in the Piazza (1962), and The Italian Job (1969).

In 1940, Brazzi married baroness Lidia Bertolini (1921–1981) to whom he was married until her death from liver cancer in 1981. The couple had no children. However, he did father a son, George Llewellyn Brady (born 24 July 1955), from a relationship with 20-year-old Llewella Humphreys (1934–1992), the daughter of American mobster Murray Humphreys. Llewella Humphreys later changed her name to Luella Brady, an anglicization of Brazzi.
In 1984, Rossano Brazzi married Ilse Fischer, a German national, who had been the couple's housekeeper for many years. Originally from Düsseldorf, Fischer had met Brazzi as an infatuated fan in Rome at the age of twenty-four. This marriage was also childless.