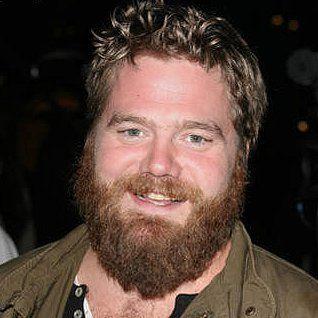 Ryan passed away on June 20, 2011 at the age of 34 in West Goshen Township, Pennsylvania. Ryan's cause of death was blunt force and thermal trauma.

Ryan Matthew Dunn was an American stunt performer, television personality, comedian, actor, writer and musician. He was a member of the Jackass and Viva La Bam crew. Dunn rose to fame in the late 1990s as a member of the CKY Crew with his long-time friend, Bam Margera, for their extreme stunts and pranks recorded on camera, which led to the rise of Jackass. Dunn also hosted Homewrecker and Proving Ground, and appeared in the feature films Blonde Ambition and Street Dreams, as well as in Margera's films Haggard and Minghags. Dunn died in a car crash in 2011.
From 2002 to his death, Dunn was in a long-term relationship with Angie Cuturic. Dunn had several tattoos of Cuturic, including in his inner arm and left ring finger.

During shooting of the closing scenes for Jackass Number Two in 2006, Dunn injured his shoulder during one of his final bits, where he and co-star Bam Margera are pulled out of shot by a running horse by a rope tied around their feet. Dunn dropped straight onto his shoulder, causing damage to the muscles and leading to a blood clot that was at one point life-threatening, due to its proximity to his heart and brain. While seeking treatment for it and Lyme disease, Dunn became depressed, eventually cutting off all contact with his friends, co-workers, and others for nearly two years, and did not participate in Jackassworld.com: 24 Hour Takeover, or any subsequent events related to the films and series. He eventually returned to the Jackass cast in the production of Jackass 3D and Jackass 3.5 later saying that he was happy to rejoin the cast and had more enjoyment working on Jackass 3D than any previous film endeavors.
On June 20, 2011, at around 3:30 a.m. EDT, Dunn and Zachary Hartwell, a production assistant on Jackass Number Two, were killed when Dunn's Porsche 911 GT3 veered off the road, struck a tree, and burst into flames in West Goshen Township, Chester County, Pennsylvania. Dunn had turned 34 nine days prior. He was buried at Highland Drive Cemetery, Brecksville, Ohio.
Hours before the crash, Dunn had posted a photo to his Twitter account of himself and Hartwell drinking at a West Chester bar. Dunn was identified in the police report as the vehicle's driver, and a subsequent toxicology report showed Dunn had a blood alcohol level of 0.196 g/dL – more than twice the state's maximum legal limit of 0.08%. The police report stated "speed may have been a contributing factor in the crash" and preliminary investigations suggested the car had been traveling between 132 and 140 miles per hour (212 and 225 km/h) in a 55 miles per hour (89 km/h) zone.
In August 2012, the parents of Zachary Hartwell filed a civil suit in the Court of Common Pleas of Philadelphia County, naming the co-administrators of Dunn's estate as defendants, along with Barnaby's West Chester, the Pennsylvania bar where Dunn drank prior to the fatal crash. The suit claims negligence and recklessness, as well as wrongful death in the incident that killed 30-year-old Hartwell.
The plaintiffs claim that Dunn displayed negligence and recklessness in failing to have his vehicle under adequate and proper control, operating his vehicle under the influence of alcohol, operating his vehicle at an excessive speed and violently veering off a road and into a tree, among other alleged transgressions. They are seeking unspecified punitive and compensatory damages, as well as interest, court costs and "delay damages as the law may allow."