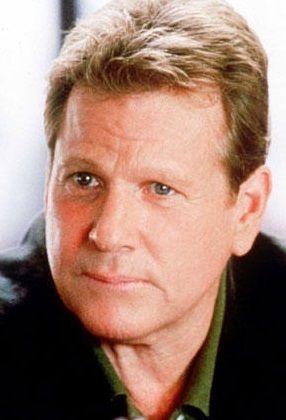 Ryan is alive and kicking and is currently 81 years old.
Please ignore rumors and hoaxes.
If you have any unfortunate news that this page should be update with, please let us know using this .

Does Ryan O'Neal Have the coronavirus?

Ryan O'Neal's mother, Patricia O'Callaghan, is still alive and kicking at the age of 51. She is Canadian and has had a career as a singer, record producer.

Charles Patrick Ryan O'Neal, known professionally as Ryan O'Neal, is an American actor and former amateur boxer.
In 1964, he landed the role of Rodney Harrington on the ABC nighttime soap opera Peyton Place. The series was an instant hit and boosted O'Neal's career. He later found success in films, most notably Love Story (1970), for which he received Academy Award and Golden Globe nominations as Best Actor, Peter Bogdanovich's What's Up, Doc? (1972) and Paper Moon (1973), Stanley Kubrick's Barry Lyndon (1975), and Richard Attenborough's A Bridge Too Far (1977). From 2005 to 2017, he had a recurring role in the Fox TV series Bones as Max, the father of the show’s protagonist.

O'Neal married his first wife, actress Joanna Moore in 1963. They had two children, before separating in 1966. Moore eventually lost custody of their children to O'Neal as a result of her alcoholism and drug abuse.
His second marriage was to actress Leigh Taylor-Young, with whom he had a son. They later maintained a friendship after their divorce. "I could speak to parts of Ryan like temper and volatility and reactivity, but I deeply know his goodness," she said.
O'Neal was in a long-term relationship with actress Farrah Fawcett from 1979 until 1997. They had a tumultuous relationship due to his infidelity and volatile behavior. Fawcett ended the relationship after she discovered O'Neal in bed with actress Leslie Stefanson. O'Neal and Fawcett reunited in 2001 and were together until her death in 2009.
In 2001, O'Neal was diagnosed with chronic myelogenous leukemia (CML). After struggling with leukemia, O'Neal was frequently seen at Fawcett's side when she was battling cancer. He told People magazine, "It's a love story. I just don't know how to play this one. I won't know this world without her. Cancer is an insidious enemy." In April 2012, O'Neal revealed he had been diagnosed with stage IV prostate cancer. He reported that it had been detected early enough to give a prognosis of full recovery.