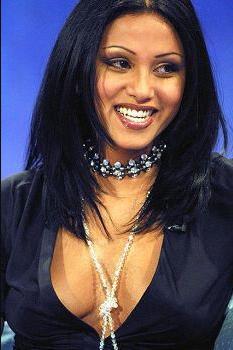 Sabrina is alive and kicking and is currently 48 years old.
Please ignore rumors and hoaxes.
If you have any unfortunate news that this page should be update with, please let us know using this .

Sabrina Setlur (born January 10, 1974), formerly known as Schwester S., is a German rapper, songwriter and occasional actress. Her debut was in 1995 under the guidance of 3p Records executive and mentor Moses Pelham, producer of her breakthrough single "Ja Klar." Following the drop of her pseudonym and a number-one single, "Du Liebst Mich Nicht," in 1997, a series of hit records established her position as Germany's "best known and highest-selling female rap act" to date.