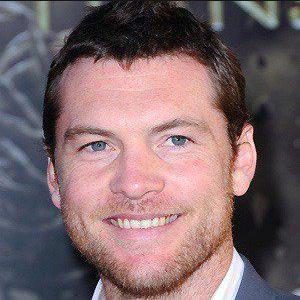 Sam is alive and kicking and is currently 45 years old.
Please ignore rumors and hoaxes.
If you have any unfortunate news that this page should be update with, please let us know using this .

Does Sam Worthington Have the coronavirus?

Samuel Henry John Worthington is an Australian actor. He portrayed the protagonist Jake Sully in the 2009 film Avatar; Marcus Wright in Terminator Salvation; and Perseus in Clash of the Titans and its sequel, Wrath of the Titans; before transitioning to more dramatic roles, in Everest, Hacksaw Ridge (2016), and The Shack (2017). He also played the main character role of Alex Mason in the Call of Duty: Black Ops series.
Worthington was born to English parents in Godalming, Surrey, in South East England, and moved to Perth, Western Australia when he was six months old. He grew up in Warnbro, a suburb of Rockingham. His mother, Jeanne J. (née Martyn), a housewife, raised him and his sister, Lucinda. His father, Ronald W. Worthington, was a power plant employee.

Worthington has said that when he was about 30, he sold most of his possessions and ended up with around $2,000 to his name. He says he bought a car with the proceeds and was living in it before he successfully auditioned for his role in the film Avatar. He then found a place to live.
On 18 October 2013, Worthington had confirmed rumours of a relationship with fellow Australian, model Lara Bingle. They married on 28 December 2014 and had a son, Rocket Zot, in 2015. In October 2016, Bingle and Worthington had their second child, another son, Racer.