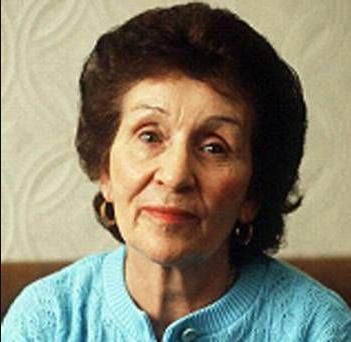 Sarah passed away on July 19, 2008 at the age of 82 in Belfast, Northern Ireland. Sarah's cause of death was lung cancer.

Sarah Conlon (née Maguire) (20 January 1926 – 19 July 2008) was an Irish housewife and a prominent campaigner in one of the most high-profile miscarriage of justice cases in British legal history. She spent decades campaigning to have the names of her husband Giuseppe and son Gerry cleared over the Provisional Irish Republican Army (IRA) pub bombings at Guildford and Woolwich, and helped secure an apology from former British prime minister Tony Blair in 2005 for their wrongful imprisonment.