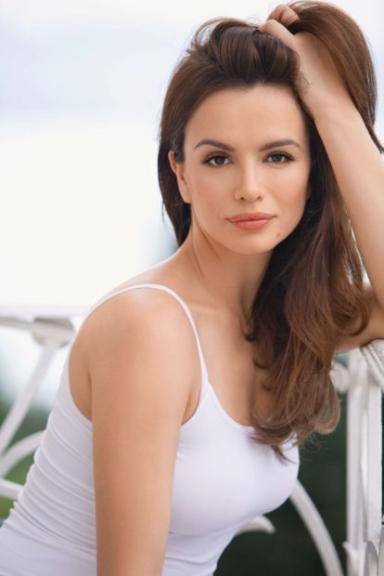 Severina is alive and kicking and is currently 50 years old.
Please ignore rumors and hoaxes.
If you have any unfortunate news that this page should be update with, please let us know using this .

Severina (married Kojić, ex Vučković, born on April 21, 1972) is a Croatian pop icon and the most popular music star in Croatia and the Balkans. Her music videos on YouTube have been viewed more than 600 million times and her last tour Dobrodosao u klub was one of the most spectacular tours ever seen in Ex-Yu countries. In 2006, Nacional weekly listed her among the 100 most influential Croats, calling her "the only bona fide Croatian celebrity". She represented Croatia at the Eurovision Song Contest 2006, held in Athens, Greece, with the song "Moja Štikla" and finished at 12th place in the Grand Final with 56 points. In 2015, she was the most googled person in Croatia and Slovenia. Although often criticized for her controversial appearance she has been loved and adored across the whole Ex-Yu area.
In 2004 Vučković was involved in an internationally reported sex scandal after a sex tape featuring her and Bosnian Croat businessman Milan Lučić leaked onto the Internet, which was reported by the Croatian online tabloid Index.hr. The graphic nature of the video and the fact that Lučić was married when the tape was filmed shocked the public. Vučković sued the website that released the tape for damages, claiming that the video was stolen from her and that it was her intellectual property, but her lawsuit was later dismissed by a Zagreb district court in July 2004.

In December 2010 Severina met wealthy Serbian businessman Milan Popović at his birthday celebration, where she was hired to perform. They soon began dating, and in August 2011 she announced that she was pregnant with her first child. The relationship caused intense media interest in Croatia and the other former Yugoslav republics. Vedrana Rudan, a Croatian writer, wrote a column where she jokingly called Severina "Tito of a new Yugoslavia", promoting Brotherhood and unity. On 21 February 2012, she gave birth to a boy named Aleksandar in Split.
During the period she lived between Belgrade, Vršac and Zagreb. In October 2012, Severina announced that she and Popović have separated and that she has moved back to Zagreb. At the same time it was announced she had her son baptized in a Catholic church in Rijeka. Several months later the couple reunited until separating for good in August 2013. Since then the couple have been embroiled in custody disputes, with Popović claiming he was not allowed access to see their son, a claim Severina denied. On 22 October 2015 Severina married Serbian footballer Igor Kojić.