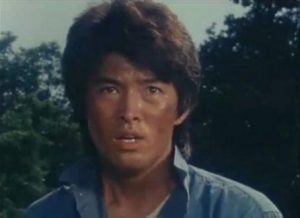 Shirô is alive and kicking and is currently 61 years old.
Please ignore rumors and hoaxes.
If you have any unfortunate news that this page should be update with, please let us know using this .

Shiro Izumi (和泉 史郎, Izumi Shirō) (born May 6, 1961) is a Japanese actor, well known for his roles in the Super Sentai franchise. He played two different central characters there: Yuuma Oozora/Change Pegasus in Dengeki Sentai Changeman, and the role for which he gained the most attention, Burai/Dragon Ranger in Kyōryū Sentai Zyuranger. His tenure as Burai was so popular and successful when his character died in Zyuranger, a letter writing campaign was undertaken by fans of the series to have him brought back. While the writers ultimately decided to have Burai remain dead as a way of showing the younger viewers that even heroes die at times, Izumi returned to the role briefly as Burai's ghost toward the series finale. He has guest starred in Ninja Sentai Kakuranger & Chōriki Sentai Ohranger and was featured in the short Super Sentai World (as a photographer). He is currently retired from acting and has one son.