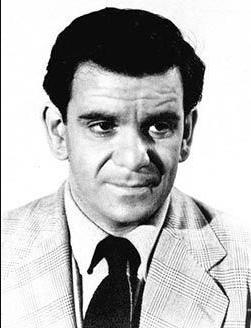 Sid passed away on November 2, 2011 at the age of 94 in Burbank, California, USA. Sid's cause of death was pneumonia.

Sid Melton (May 22, 1917 – November 2, 2011) was an American actor, best known for his roles as incompetent carpenter Alf Monroe in the CBS sitcom Green Acres and as Uncle Charlie Halper, proprietor of the Copa Club, in The Danny Thomas Show and its spin-offs. He appeared in about 140 film and television projects in a career that spanned nearly 60 years. Among his most famous films were Lost Continent with Cesar Romero, The Steel Helmet with Gene Evans and Robert Hutton, The Lemon Drop Kid with Bob Hope, and Lady Sings The Blues with Diana Ross and Billy Dee Williams. He was a regular on The Danny Thomas Show and Green Acres, and appeared in flashback on several episodes of The Golden Girls as Salvadore Petrillo, the long-dead husband of Sophia and father of Dorothy.