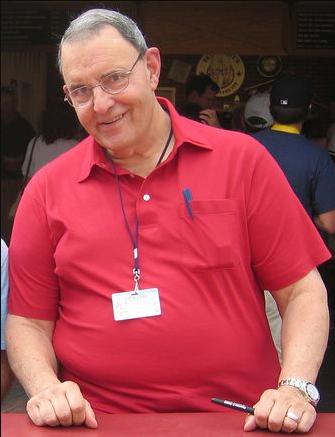 Harry Christopher "Skip" Caray, Jr. (August 12, 1939 – August 3, 2008) was an American sportscaster, best known for his long career as a radio and television play-by-play announcer for the Atlanta Braves of Major League Baseball. He was the son of baseball announcer Harry Caray, and the father of fellow Braves broadcaster Chip Caray; another son, Josh Caray, is a reporter for All News 106.7.