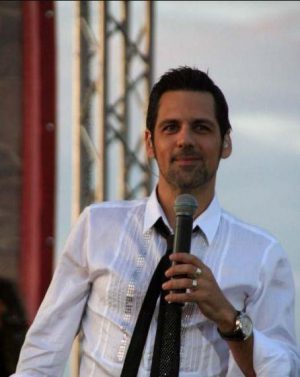 Stefan is alive and kicking and is currently 54 years old.
Please ignore rumors and hoaxes.
If you have any unfortunate news that this page should be update with, please let us know using this .

Ștefan Bănică, Jr. (born October 18, 1967 in Bucharest, Romania) is a Romanian entertainer, of roma people origin from his father side, TV presenter, one of the most important Romanian TV personality, the son of actor Ștefan Bănică. In his early career he starred in a couple of successful romantic films ("Liceenii", "Liceenii Rock'n'Roll"). He is well known in Romanian for presenting the Romania version of “Dancing with the Stars”, the most longevive dance competition ever aired in Romania, broadcast on Pro TV and for his role as a talent judge on The X Factor.