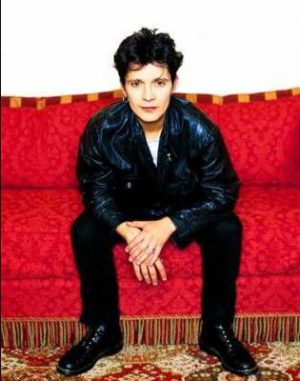 Stephane passed away on February 27, 1999 at the age of 39 in Paris, France. Stephane's cause of death was lightning hepatitis.

He is the twin brother of Nicola Sirkis, the leader of the band Indochine. Stephane is the piano keyboardist and after guitarist of the band. Stéphane is a Music composer, he composed with his brother Christophe. Music for documentaries and commercials. But also of music of movies and music programs, interested in the broadcasting. He is so a co-presenter of the broadcast 4 c+ with Laurent Chabat. He has a daugter : Lou.
The private life of Stéphane Sirkis is rarely revealed to the public. In 1987, he married Sophie with whom he had a daughter, Lou Sirkis, born August 8, 1990. She participated in the Indochina concert at the Stade de France on June 26, 2010. She now plays and sings in her own group, Toybloïd. After his divorce, Stéphane remains very close to his daughter.

Until his death, he lived with Eliette, a woman with whom he never appeared in public.
He lived in a modest house in Bagneux ( Hauts-de-Seine ) at number 28 Salvador Allende street until his death. He died of hepatitis C on February 27, 19998, while his brother Nicola Sirkis is in Brussels for the recording of a piece of the album Dancetaria. He is buried in intimacy at the Bagneux cemetery in Paris, division 70, March 4, 1999 .