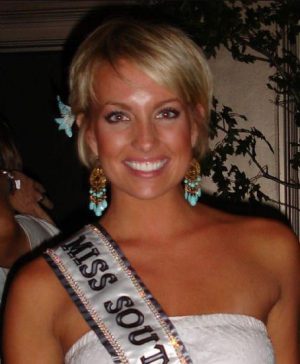 Stephanie is alive and kicking and is currently 35 years old.
Please ignore rumors and hoaxes.
If you have any unfortunate news that this page should be update with, please let us know using this .

Stephanie Murray Smith Waltrip (born August 1987) is a beauty pageant titleholder from the United States who was crowned Miss South Carolina USA and placed in the Top 10 at Miss USA. In 2010, she competed on The Amazing Race 17 with then boyfriend Chad Waltrip and finished fifth. He proposed to her while on the Race. They were married later in 2010 after the Race.