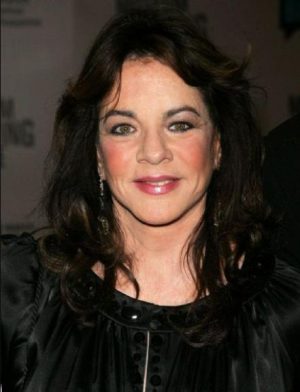 Stockard is alive and kicking and is currently 78 years old.
Please ignore rumors and hoaxes.
If you have any unfortunate news that this page should be update with, please let us know using this .

Does Stockard Channing Have the coronavirus?

Stockard Channing is an American stage, film and television actress. She is known for playing Betty Rizzo in the film Grease and First Lady Abbey Bartlet on the NBC television series The West Wing (1999-2006). She played the role of Ouisa Kittredge in the play Six Degrees of Separation and was nominated for the Academy Award for Best Actress when she reprised the role in the 1993 film.
Channing was born in Manhattan, the daughter of Mary Alice (née English; 1910-2007), who came from a large Brooklyn Irish Catholic family, and Lester Napier Stockard (died 1960), who was in the shipping business. Her sister is Lesly Stockard Smith, former mayor of Palm Beach, Florida. She grew up on the Upper East Side. Channing is an alumna of the Madeira School in McLean, Virginia, a boarding school for girls, which she attended after starting out at the Chapin School in New York City. She studied History and Literature at Radcliffe College in Massachusetts and graduated summa cum laude in 1965.

Channing has been married and divorced four times; she has no children. She married Walter Channing in 1963 and kept the amalgamated name "Stockard Channing" after they divorced in 1967. Her second husband was Paul Schmidt, a professor of Slavic languages (1970–76), and her third was writer-producer David Debin (1976–80). Her fourth husband was businessman David Rawle (1980–88). She has been in a relationship with cinematographer Daniel Gillham for more than 20 years; they met on the set of A Time of Destiny. The couple reside in Maine when not working.