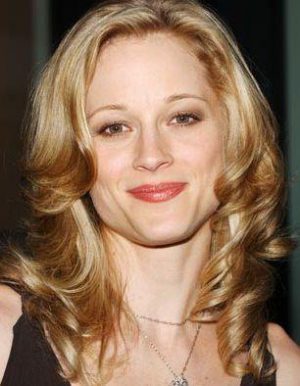 Teri is alive and kicking and is currently 53 years old.
Please ignore rumors and hoaxes.
If you have any unfortunate news that this page should be update with, please let us know using this .

Does Teri Polo Have the coronavirus?

Theresa Elizabeth "Teri" Polo is an American actress. She starred as Pam Byrnes-Focker in the Meet the Parents trilogy. She was one of the stars of the sitcom I'm with Her (2003-2004), had a recurring role as Helen Santos on the political drama series The West Wing (2005-2006) and currently plays the lead role of police officer Stef Adams Foster in the ABC Family series The Fosters (2013-present).
Polo's acting debut was in TV 101. She also starred in the 1990 miniseries The Phantom of the Opera as Christine Daae. Polo became a regular cast member on the last season of Northern Exposure. She later played Detective Ash on the TV series Brimstone. She appeared in a recurring guest role in the sixth and seventh seasons of The West Wing playing the role of Helen Santos, the wife of Democratic presidential candidate Matt Santos (Jimmy Smits).

She appeared in the 2009 television pilot for Washington Field, a show about the National Capitol Response Squad, a unit of the FBI composed of elite experts in different areas who travel around the world responding to events that concern American interests. In 2010, Polo reprised her role as Pam Focker in Little Fockers, the sequel to Meet the Parents and Meet the Fockers. She also appeared in the 1980s-styled horror fantasy film, The Hole. She currently co-stars in the ABC Family series The Fosters. Polo plays San Diego police officer Stef Adams Foster, a mother to three children (one from a previous marriage) and the wife of Lena Adams Foster (Sherri Saum), along with the two being foster parents to two children.
In April 1997, Polo married photographer Anthony Moore. They have a son together, Griffin (born 2002). In 2005, Polo and Moore divorced. In 2006, while on the set of a video, Polo met drummer Jamie Wollam (of the bands Avion, Venice and recently Drake Bell). They have a daughter together, Bayley (born 2007). The couple separated in 2012.