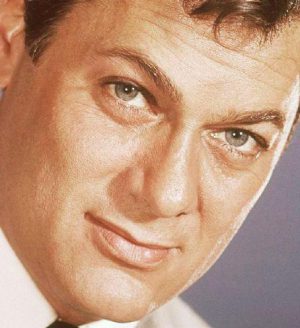 Tony passed away on September 29, 2010 at the age of 85 in Henderson, Nevada, United States. Tony's cause of death was cardiac arrest.

Tony Curtis was an American film actor whose career spanned six decades but who was mostly popular in the 1950s and early 1960s. He acted in more than 100 films in roles covering a wide range of genres, from light comedy to serious drama. In his later years, Curtis made numerous television appearances.
Curtis was married six times. His first wife was actress Janet Leigh, to whom he was married from 1951 to 1962, and with whom he fathered actresses Kelly Curtis and Jamie Lee. "For a while, we were Hollywood's golden couple," he said. "I was very dedicated and devoted to Janet, and on top of my trade, but in her eyes that goldenness started to wear off. I realized that whatever I was, I wasn't enough for Janet. That hurt me a lot and broke my heart."

Curtis was a lifelong Democrat and attended the 1960 Democratic National Convention alongside such liberal performers as Edward G. Robinson, Shelley Winters, Ralph Bellamy, and Lee Marvin.
During the 1971 filming of The Persuaders!, Curtis developed a reputation among his costars and crew as a frequent marijuana smoker. Curtis developed a heavy cocaine addiction in 1974 while filming Lepke, at a time when his stardom had declined considerably and he was being offered few film roles. In 1984, Curtis was rushed to the hospital suffering from advanced cirrhosis as a result of his alcoholism and cocaine addiction. He then entered the Betty Ford Clinic and vowed to overcome his various illnesses. He underwent heart bypass surgery in 1994, after suffering a heart attack.
On July 8, 2010, Curtis, who suffered from chronic obstructive pulmonary disease (COPD), was hospitalized in Las Vegas after suffering an asthma attack during a book-signing engagement in Henderson, Nevada, where he lived. Curtis died at his Henderson home on September 29, 2010, of cardiac arrest.