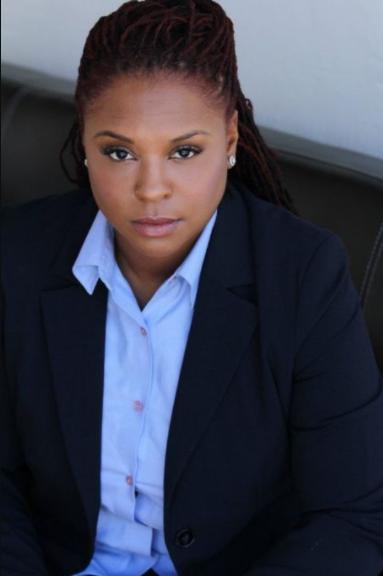 Torrei is alive and kicking and is currently 44 years old.
Please ignore rumors and hoaxes.
If you have any unfortunate news that this page should be update with, please let us know using this .

Does Torrei Hart Have the coronavirus?

Torrei Hart is an actress, producer and television personality, gaining legions of fans for her vibrant personality, versatile talents, and veracious independence.Born February 28th, 1978, in North Philadelphia, Torrei was raised in southern New Jersey, and grew up in a closely-knit family. With a heart of fire and larger-than-life personality, Torrei began studying acting and the arts at a very young age. By the time she reached her teens, the ambitious comedienne was impressing fellow classmates at Winslow Township High School, where she starred in numerous school plays and graduated in 1996.Torrei would go on to enroll at Community College of Philadelphia where she met fellow actor and comedian Kevin Hart. As the bond between the college sweethearts strengthened, the two soon realized they shared a passion for comedy and a longing for Hollywood. In support of their dreams, together they dropped out of college, pursued their entertainment careers, and relocated to Los Angeles. By 2003, Torrei and Kevin were married and would go on to have two children, Heaven and Hendrix.As Kevin's career took off, Torrei was busy staying on the audition circuit, while making a home for her new family. Torrei was able to score several coveted acting gigs, including national commercials for Ebay and Toyota, as well as parts in various films, including Soul Plane, opposite her then-husband, and a recurring role in Nickelodeon's Parental Discretion.However, by 2010, Torrei's marriage had ended, and with the children a bit older, the budding actress found herself putting the proper time and energy into her own career.In late 2012, Torrei Hart launched the YouTube comedy channel PrettyFunnyFish,which exploded in popularity. With a production team under the same name, Torrei began making comedic online videos, and signed a production partnership with Russell Simmons to create unique online content for his company All Def Digital. Torrei also has a huge following on Instagram where she writes, produces and stats in her own videos. In addition, Torrei Hart executive produced, co-wrote, and starred in her own short film entitled Victim of Circumstance. The film generated a buzz in the short film circuit and won numerous awards. The film can now be seen on Vimeo.A savvy businesswoman and budding entrepreneur destined to empower women, in 2013, Torrei launched her non-profit initiative with her sister called S.O.A.R., an organization developed to help women overcome adversity, and in early 2014, Torrei teamed up with Skimpy Mixers and created her own low- calorie, low-sugar c*cktail mixer! In August 2014, Torrei's latest project, Atlanta Exes, a reality show in which she co-stars alongside Tameka Raymond and Monyetta Shaw, premiered on Vh1. Torrei is currently in the film "American Bad Boy " that was released in June 2015 through Lions Gate Films. Currently has a new film due out early 2016 "But Deliver Us From Evil"Torrei currently resides in Los Angeles with her two children, and is currently developing her own television project, and writing a self-help book for women, scheduled for a 2016 release.