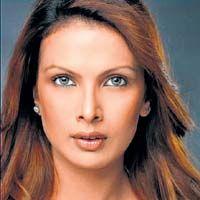 Viveka passed away on June 25, 2010 at the age of 37 in Mumbai, Maharashtra, India. Viveka's cause of death was suicide by hanging.

Viveka Babajee (May 27, 1973 – June 25, 2010) was a Mauritian model and actress. She held the titles of Miss Mauritius World 1993 and Miss Mauritius Universe 1994. She was best known for her KamaSutra condom advertisements of the 1990s, and for her involvement in the so-called Manila Film Festival (also mistaken for Metro Manila Film Festival) scam of 1994.
Babajee achieved success in India after her famous KamaSutra condoms commercials. She also participated in music videos for Daler Mehndi's "Boom Boom", Harbhajan Mann's "Hai Meri Billo" and Abbey's "Phir Se". In 2009 her company, Cream Events, achieved success with the help of her ex-boyfriend and business partner, Kartik Jobanputra. She later broke all ties with Cream Events.

As a model, Babajee walked the ramp for top designers including Ritu Kumar, Ritu Beri, Abu Jani and Sandeep Khosla, Rohit Bal, Suneet Varma, JJ Valaya, Tarun Tahiliani, and many others. In January 2010, she started her own event management business and managed projects like the Arjun Khanna show by Taj Colaba. Her company was named "VIBGYOR ENT" (Lifestyle and Boutik Events). VIBGYOR is an acronym for the seven colors of the rainbow (Violet, Indigo, Blue, Green, Yellow, Orange & Red).
She was found hanging from the ceiling fan in her apartment on 25 June 2010 at her Bandra residence in Mumbai. The police reports stated that Babajee committed suicide due to depression. The last entry in her diary, which was found next to her body, said, "you killed me, Gautam Vohra," and unconfirmed reports stated that she became depressed after separating from her boyfriend, Gautam Vora. However, in 2012, the case was re-opened by police after Gautam Vohra was arrested in connection with a murder case.