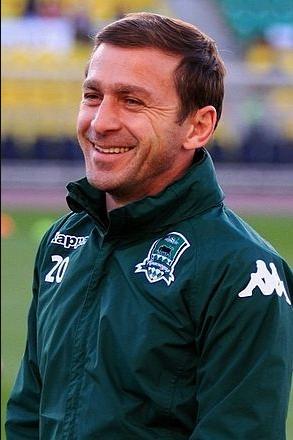 Vladimir is alive and kicking and is currently 52 years old.
Please ignore rumors and hoaxes.
If you have any unfortunate news that this page should be update with, please let us know using this .

Vladimir Nikolayevich Baksheyev (Russian: Владимир Николаевич Бакшеев; born April 22, 1970 in Krasnoyarsk) is a retired Russian professional footballer. He made his professional debut in the Soviet Second League in 1988 for FC Avtomobilist Krasnoyarsk. He played 2 games in the European Cup Winners' Cup 1992–93 for FC Spartak Moscow.