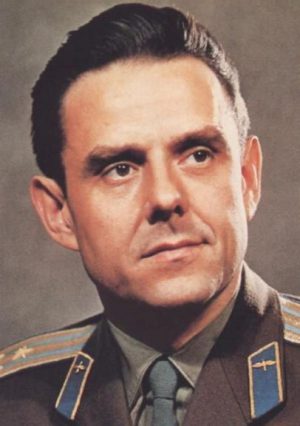 Vladimir Mikhaylovich Komarov was a Soviet test pilot, aerospace engineer and cosmonaut in the first group of cosmonauts selected in 1960. He was one of the most highly experienced and well-qualified candidates accepted into Air Force Group One.