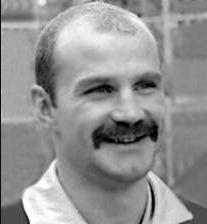 Vyacheslav is alive and kicking and is currently 64 years old.
Please ignore rumors and hoaxes.
If you have any unfortunate news that this page should be update with, please let us know using this .

Does Vyacheslav Yanovskiy Have the coronavirus?

Vyacheslav Evgenevich Yanovskiy (Russian: Вячеслав Евгеньевич Яновский sometimes spelt Viatcheslav Ianovski, born August 24, 1957 in Vitebsk, Belarusian SSR, Soviet Union) is a Belarusian boxer who won a Light Welterweight Gold Medal at the 1988 Summer Olympics for the USSR. He began boxing at age 13. In 1988 he became the Honoured Master of Sports of the USSR. During his amateur career he trained at Dynamo in Vitebsk.