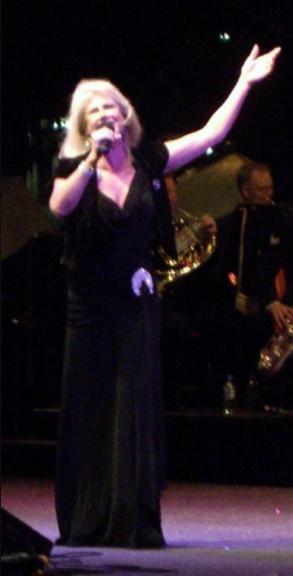 Wendy is alive and kicking and is currently 68 years old.
Please ignore rumors and hoaxes.
If you have any unfortunate news that this page should be update with, please let us know using this .

Does Wendy Stapleton Have the coronavirus?

Wendy Anne-Marie Stapleton (born 8 July 1954) is an Australian pop/rock singer-songwriter, and musical theatre and television actress. Stapleton has performed as a backing singer, session musician and a solo artist; she fronted various Melbourne-based groups including Wendy Stapleton Band (1976–1978) and Wendy & the Rocketts [sic] (1980–1985) which had a top 30 hit single with "Play the Game" in June 1983.
Stapleton signed a solo deal with Festival Records and issued her debut single, "Heart of Stone", a cover of The Rolling Stones 1964 song, in September 1979. Her version did not chart on the Australian Kent Music Report Singles Chart. In August 1980 Stapleton formed pub rock band, Wendy & the Rocketts [sic], with Mark Chew on guitar and keyboards (ex-Traction, Southern Transit), Victor Crump on guitar (Bandicoot, Fastbuck), Steve Donald on drums (Fastbuck) and Wayne Sullivan on bass guitar (Fastbuck). The band signed with Mushroom Records and released "Reputation" in June 1981, which peaked at No. 40. "Tonite" followed in September but did not chart. Sullivan was replaced by Joe Imbroll on bass guitar.

By 1990, Stapleton had married fellow Melbourne-based singer-songwriter, Paul Norton (previously Paul McNaughton), and they have a daughter, Alexandra. As from March 2008, Stapleton and Norton perform regularly at Hardimans Hotel in Kensington.