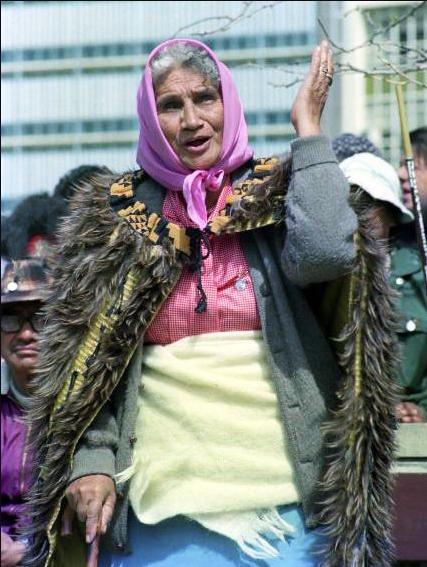 Dame Whina Cooper ONZ DBE (9 December 1895 – 26 March 1994) was a respected kuia (Māori leader), who worked for many years for the rights of her people, and particularly to improve the lot of Māori women. Her wide influence and nationally recognised activity led her to be acknowledged with awards in both the British (Imperial) and New Zealand Royal Honours Systems, and by her own people, who bestowed the title Te Whaea o te Motu ("Mother of the Nation") upon her.