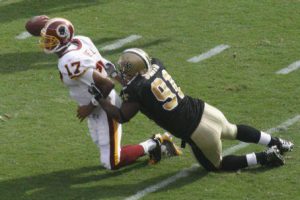 William passed away on April 9, 2016 at the age of 34 in New Orleans, Louisiana. William's cause of death was shot.

Will Smith Birthday and Date of Death

Is Will Smith's mother, Lisa Smith, dead or alive?

William Raymond Smith III is an American football defensive end who is currently a free agent. He played college football for Ohio State and was drafted by the New Orleans Saints in the first round of the 2004 NFL Draft.