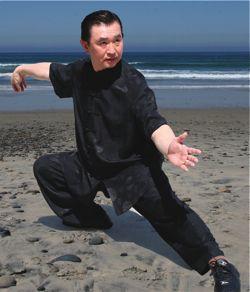 Wong is alive and kicking and is currently 74 years old.
Please ignore rumors and hoaxes.
If you have any unfortunate news that this page should be update with, please let us know using this .

Doc-Fai Wong (黄德輝) also known as Jimmy Ming Wong is recognized internationally as a master of Choy Li Fut (Chinese: 蔡李佛; pinyin: Cai Li Fo) kung fu and T'ai chi ch'uan (Chinese: 太极拳; pinyin: Taijiquan). He was born in 1948 in the Guangdong (广东) province of China; the Wangshan village of Wushan - Doumen district of Zhuhai City. In April 1960, he immigrated to San Francisco, California with his mother to be reunited with his father. He arrived as a third-generation citizen of the United States of America since both his grandfather and father were already citizens. He sought out his first kung fu teacher - Lau Bun (劉彬), the founder of the first Hung Sing Kwoon of Choy Li Fut in America, after encountering taunting and bullying due to language and ethnic difficulties after his arrival. When Lau Bun died in 1967, he started teaching and opened his first school when he was 19 years old.