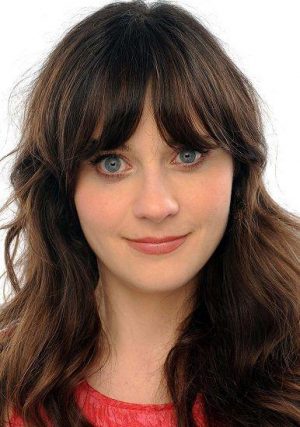 Zooey is alive and kicking and is currently 42 years old.
Please ignore rumors and hoaxes.
If you have any unfortunate news that this page should be update with, please let us know using this .

Does Zooey Deschanel Have the coronavirus?

Zooey Deschanel's father, Caleb Deschanel, is still alive and kicking at the age of 77. He is American and has had a career as a cinematographer.

Zooey Deschanel's mother, Mary Jo Deschanel, is still alive and kicking at the age of 77. She is American and has had a career as a actress.

Zooey Claire Deschanel is an American actress, singer-songwriter, model, musician, and producer. In 1999, Deschanel made her film debut in Mumford, followed by her breakout role as Anita Miller in Cameron Crowe's 2000 semi-autobiographical film Almost Famous. Deschanel soon became known for her deadpan comedy roles in films such as The Good Girl, The New Guy, Elf (2003), The Hitchhiker's Guide to the Galaxy (2005), Failure to Launch (2006), Yes Man (2008), and (500) Days of Summer (2009).
She also received acclaim for her dramatic turns in films Manic (2001), All the Real Girls (2003), Winter Passing (2005) and Bridge to Terabithia (2007). She has played Jessica Day on the Fox sitcom New Girl since 2011, for which she has received an Emmy Award nomination and three Golden Globe Award nominations. USA Today described her performance as "Given a role tailored to launch her from respected indie actor to certified TV star, Deschanel soars, combining well-honed skills with a natural charm."

In December 2008, Deschanel became engaged to musician Ben Gibbard, lead vocalist for Death Cab for Cutie and The Postal Service. They married on September 19, 2009, near Seattle, Washington. On November 1, 2011, they announced their separation. Deschanel filed for divorce on December 27, 2011, citing "irreconcilable differences". The divorce was finalized on December 12, 2012.
Deschanel confirmed her engagement to film producer Jacob Pechenik in January 2015, and they married in June 2015. They have two children, daughter Elsie Otter (born July 2015) and son Charlie Wolf (born May 2017).