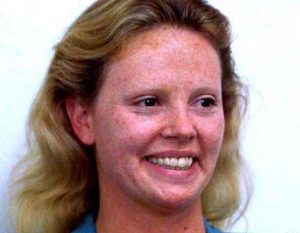 Aileen passed away on October 9, 2001 at the age of 45 in Florida State Prison, Bradford County, Florida, United States. Aileen's cause of death was lethal injection.

Aileen Birthday and Date of Death

Aileen Carol Wuornos was an American serial killer who killed seven men in Florida in 1989 and 1990, claiming they r*ped or attempted to r*pe her while she was working as a prostitute. She was convicted and sentenced to death for six of the murders and executed by lethal injection on October 9, 2002.