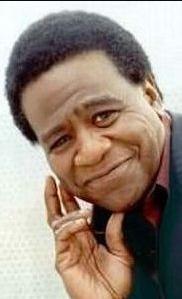 Al is alive and kicking and is currently 76 years old.
Please ignore rumors and hoaxes.
If you have any unfortunate news that this page should be update with, please let us know using this .

Does Al Green Have the coronavirus?

Al Green is an American singer who was born on April 13, 1946 as Albert Leornes Greene. He is known as The Reverend Al Green, an American singer, songwriter and record producer, best known for recording a series of soul hit singles in the early 1970s, including "Take Me to the River", "Tired of Being Alone", "I'm Still in Love with You", "Love and Happiness", and his signature song, "Let's Stay Together". Inducted to the Rock and Roll Hall of Fame in 1995, Green was referred to on the museum's site as being "one of the most gifted purveyors of soul music".
On October 18, 1974, shortly after Al Green Explores Your Mind was released, Mary Woodson White, his girlfriend, assaulted him before committing suicide at his Memphis home. Although she was already married, White became upset when Green refused to marry her. She doused him with a pot of boiling grits while he was bathing, causing severe burns on Green's back, stomach, and arms, then killed herself with his .38 handgun. Police found a note inside White's purse that declared her intentions and her reasons.

In June 1977, Green married Shirley Kyles. Shirley filed for divorce in 1978 and 1981. In the final divorce complaint, Shirley alleged that Green had been subjecting her to domestic violence throughout their marriage. Green accused her of "cruel and inhuman treatment" in a countercomplaint. In a sworn deposition in 1982 as part of her divorce filing, Shirley testified that in 1978 while five months pregnant, Green beat her with a boot for refusing to have sex. The assault resulted in head wounds, one which required stitches. After the incident she filed for divorce, but they reconciled. According to Shirley, they separated several times when the beatings became "too frequent and too severe." Initially, Green denied beating his wife, but under oath in 1982 he admitted to spousal abuse. Their divorce was finalized in February 1983. In 1995, the story of Nicole Brown Simpson inspired Shirley to go public with the abuse she endured in order to help other victims.
Green has six children; two sons, Al Green, Jr., and Trevor; four daughters, Alva, Rubi, Kora (with Shirley Kyles), and Kala. He resides and preaches in Memphis, near Graceland, while he is a member of the Prince Hall Masons, the African-American wing of Freemasonry, at the Thirty-Third Degree.
Green's sister Maxine disappeared in September 2013 in Grand Rapids, Michigan.