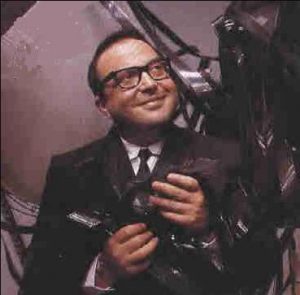 Allan passed away on November 20, 1973 at the age of 48 in Los Angeles, California. Allan's cause of death was emphysema.

Allan Sherman was an American comedy writer and television producer who became famous as a song parodist in the early 1960s. His first album, My Son, the Folk Singer, became the fastest-selling record album up to that time. His biggest hit single was "Hello Muddah, Hello Fadduh," a comic novelty in which a boy describes his summer camp experiences to the tune of Ponchielli's Dance of the Hours. He is not to be confused with the songwriter Al Sherman who, coincidentally, also died in 1973.