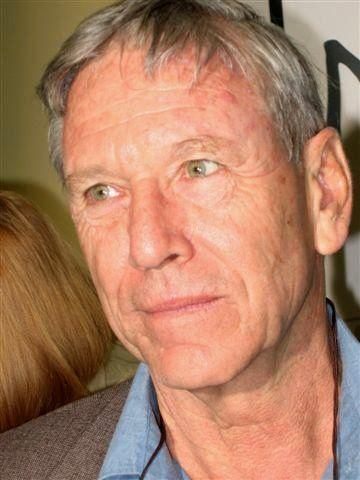 Amos Oz (Hebrew: עמוס עוז; born Amos Klausner) is an Israeli writer, novelist, journalist and intellectual. He is also a professor of literature at Ben-Gurion University in Beersheba. He is regarded as Israel's most famous living author.
Oz's work has been published in 45 languages in 47 countries, and has received many honours and awards, among them the Legion of Honour of France, the Goethe Prize, the Prince of Asturias Award in Literature, the Heinrich Heine Prize and the Israel Prize. In 2007, a selection from the Chinese translation of A Tale of Love and Darkness was the first work of modern Hebrew literature to appear in an official Chinese textbook.

Oz's earliest publications were short articles in the kibbutz newsletter and the newspaper Davar. His first book Where the Jackals Howl, a collection of short stories, was published in 1965. His first novel Elsewhere, Perhaps was published in 1966. Subsequently, Oz averaged a book per year with the Histadrut press Am Oved. Ultimately Oz left Am Oved for the Keter Publishing House, which offered him an exclusive contract that granted him a fixed monthly salary regardless of output.
Oz was one of the first Israelis to advocate a two-state solution to the Israeli–Palestinian conflict after the Six-Day War. He did so in a 1967 article "Land of our Forefathers" in the Labor newspaper Davar. "Even unavoidable occupation is a corrupting occupation," he wrote. In 1978, he was one of the founders of Peace Now. He did not oppose (and in 1991 advocated) the construction of an Israeli West Bank barrier, but believed that it should be roughly along the Green Line, the 1949 Armistice line between Israel and Jordan. He also advocated that Jerusalem be divided into numerous zones, not just Jewish and Palestinian zones, including one for the Eastern Orthodox, one for Hasidic Jews, an international zone, and so on.