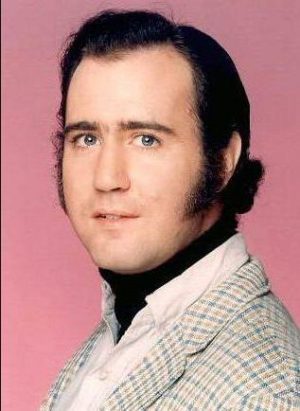 Andrew passed away on May 16, 1984 at the age of 35 in Los Angeles, California, USA. Andrew's cause of death was lung cancer.

Andrew Geoffrey "Andy" Kaufman was an American entertainer, actor, and performance artist. While often referred to as a comedian, Kaufman did not consider himself to be one. He disdained telling jokes and engaging in comedy as it was traditionally understood, referring to himself instead as a "song-and-dance man". Pranks and elaborate ruses were major elements of his career. His body of work maintains a cult following and he continues to be respected for his original material, performance style, and unflinching commitment to character.