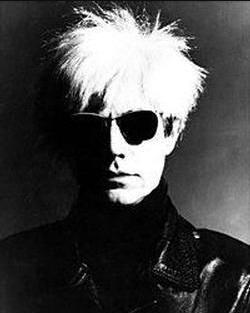 Andy passed away on February 22, 1987 at the age of 58 in New York City, New York, USA. Andy's cause of death was complications of surgery.

Andy Warhol was an American artist who was a leading figure in the visual art movement known as pop art. His works explore the relationship between artistic expression, celebrity culture, and advertisement that flourished by the 1960s. After a successful career as a commercial illustrator, Warhol became a renowned and sometimes controversial artist. The Andy Warhol Museum in his native city, Pittsburgh, Pennsylvania, holds an extensive permanent collection of art and archives. It is the largest museum in the United States dedicated to a single artist.
Warhol died in Manhattan at 6:32 a.m. on February 22, 1987 at age 58. According to news reports, he had been making a good recovery from gallbladder surgery at New York Hospital before dying in his sleep from a sudden post-operative irregular heartbeat. Prior to his diagnosis and operation, Warhol delayed having his recurring gallbladder problems checked, as he was afraid to enter hospitals and see doctors. His family sued the hospital for inadequate care, saying that the arrhythmia was caused by improper care and water intoxication. The malpractice case was quickly settled out of court; Warhol's family received an undisclosed sum of money.

Shortly before Warhol's death, doctors expected Warhol to survive the surgery, though a revaluation of the case about thirty years after his death showed many indications that Warhol's surgery was in fact riskier than originally thought. It was widely reported at the time that Warhol died of a "routine" surgery, though when considering factors such as his age, a family history of gallbladder problems, his previous gunshot wounds, and his medical state in the weeks leading up to the procedure, the potential risk of death following the surgery appeared to have been significant.