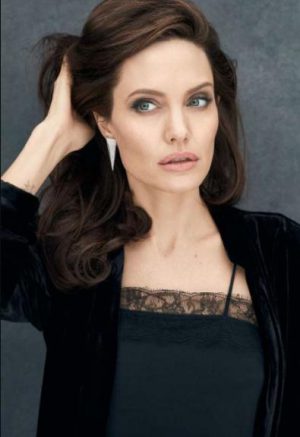 Angelina is alive and kicking and is currently 46 years old.
Please ignore rumors and hoaxes.
If you have any unfortunate news that this page should be update with, please let us know using this .

Does Angelina Jolie Have the coronavirus?

Angelina Jolie's father, Jon Voight, is still alive and kicking at the age of 83. He is American and has had a career as a actor.

Angelina Jolie's mother, Marcheline Bertrand, died on January 27, 2007 as she was 56 years old. Her cause of death was ovarian cancer.

Angelina Jolie is an Academy Award-winning actress who became popular after playing the title role in the "Lara Croft" blockbuster movies, as well as Mr. & Mrs. Smith (2005), Wanted (2008), Salt (2010) and Maleficent (2014). Off-screen, Jolie has become prominently involved in international charity projects, especially those involving refugees. She often appears on many "most beautiful women" lists, and she has a personal life that is avidly covered by the tabloid press.
Jolie was involved in a well-publicized Hollywood scandal when she was accused of having caused the 2005 divorce of actors Brad Pitt and Jennifer Aniston. She had fallen in love with Pitt during filming of Mr. & Mrs. Smith (2005), but dismissed allegations of an affair, saying, "To be intimate with a married man, when my own father cheated on my mother, is not something I could forgive. I could not look at myself in the morning if I did that. I wouldn't be attracted to a man who would cheat on his wife." Jolie and Pitt did not publicly comment on the nature of their relationship until January 2006, when she confirmed that she was pregnant with his child.

During their twelve-year relationship, "Brangelina"—a portmanteau coined by the entertainment media—were the subject of worldwide media coverage. After the initial scandal subsided, they became one of Hollywood's most glamorous couples. Their family grew to include six children, three of whom were adopted, before they announced their engagement in April 2012. Jolie and Pitt married on August 23, 2014, at their estate Château Miraval in Correns, France. She subsequently took on the name "Jolie Pitt". After two years of marriage, the couple separated in September 2016; in her divorce filing, Jolie requested physical custody of their children.
On February 16, 2013, at age 37, Jolie underwent a preventive double mastectomy after learning she had an 87% risk of developing breast cancer due to a defective BRCA1 gene. Her maternal family history warranted genetic testing for BRCA mutations: her mother, actress Marcheline Bertrand, had breast cancer and died from ovarian cancer, while her grandmother died from ovarian cancer. Her aunt, who had the same BRCA1 defect, died from breast cancer three months after Jolie's operation. Following the mastectomy, which lowered her chances of developing breast cancer to under 5 percent, Jolie had reconstructive surgery involving implants and allografts. Two years later, in March 2015, after annual test results indicated possible signs of early ovarian cancer, she underwent a preventive oophorectomy, as she had a 50% risk of developing ovarian cancer due to the same genetic anomaly. Despite hormone replacement therapy, the surgery brought on premature menopause.