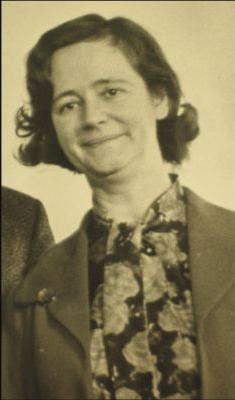 Audrey Elizabeth Callaghan, Baroness Callaghan of Cardiff (née Moulton; 28 July 1915 – 15 March 2005) was the wife of British Prime Minister James Callaghan and was herself a politician and campaigner and fundraiser for children's health and welfare.
In 1959, Audrey was elected as Labour member for Lewisham for the London County Council. She took a special interest in children's homes and the Children's Committee. She was an alderman of the Greater London Council from 1964 and became chairman of Lewisham Council's children's committee, where she was also an alderman, when the GLC was abolished.

During her eighties, Callaghan developed Alzheimer's disease. In July 2001, when her condition had deteriorated, she entered a care home run by Catholic nuns, where her husband visited her every day until her death in March 2005; by which time they had been married for 66 years and together for well over 70. He died just eleven days after her death just a day shy of his 93rd birthday.