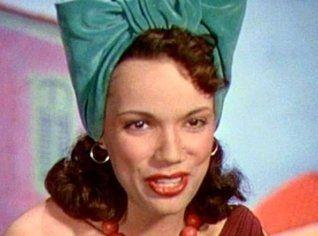 Aurora Miranda da Cunha Richaid (20 April 1915 – 22 December 2005) was a Brazilian entertainer. Miranda began her career at the age of 18 in 1933. She appeared in several films, including The Three Caballeros, where she danced with Donald Duck and José Carioca, singing the song, "Os Quindins de Yayá". Her sister was Carmen Miranda.