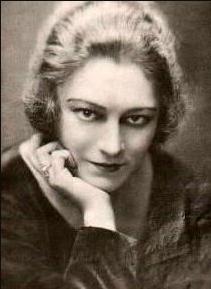 Ève Francis (20 August 1886 – 6 December 1980) was an actress and film-maker. She was born in Belgium but spent most of her career in France. She became closely associated with the writer Paul Claudel, and she was married to the critic and film-maker Louis Delluc.