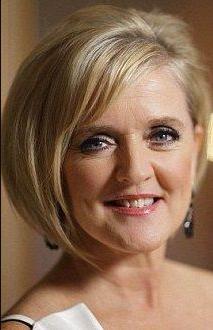 Bernie passed away on July 4, 2013 at the age of 52 in Surrey, England. Bernie's cause of death was metastatic breast cancer.

Bernadette Therese Nolan was an Irish born actress, singer and television personality, formerly lead vocalist of the girl group The Nolans. She was the second youngest of sisters Anne, Denise, Maureen, Linda and Coleen Nolan. From the age of two, she was raised in Blackpool, Lancashire, England.