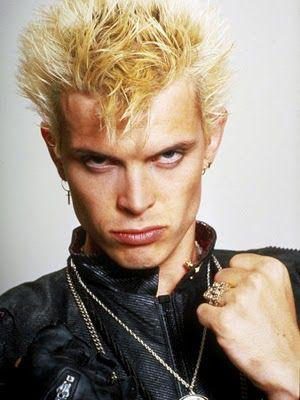 Billy is alive and kicking and is currently 66 years old.
Please ignore rumors and hoaxes.
If you have any unfortunate news that this page should be update with, please let us know using this .

Does Billy Idol Have the coronavirus?

William Michael Albert Broad, known professionally by his stage name Billy Idol, is an English rock musician, songwriter and actor. Born in Stanmore, Middlesex, Idol first achieved fame in the punk rock era as a member of the band Generation X.
Billy Idol was born William Michael Albert Broad in Stanmore, Middlesex on 30 November 1955. In 1958, when Idol was two years old, his parents moved to Patchogue, New York. The family returned to England four years later with Idol and his younger sister, Jane (who had been born in the U.S.), settling in Dorking, Surrey. In 1971, the family moved to Bromley, southeast London, where Idol attended Ravensbourne School for Boys. Idol also attended Worthing High School for Boys in Worthing, West Sussex. In October 1975, Idol attended the University of Sussex to pursue an English degree and lived on campus (East Slope in Falmer) but left after year one in 1976. He then went on to join the Bromley Contingent of Sex Pistols fans, a loose gang that travelled into town when the band played. Idol's parents were devout Anglicans and attended church regularly.