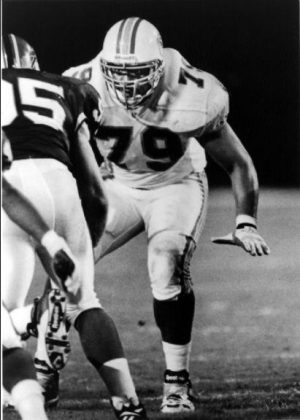 Willie is alive and kicking and is currently 50 years old.
Please ignore rumors and hoaxes.
If you have any unfortunate news that this page should be update with, please let us know using this .

Willie Perry "Billy" Milner (born June 21, 1972 in Atlanta, Georgia) is a former offensive tackle in the National Football League. He attended Northside High School in Atlanta. Milner attended the University of Houston, where he was a third team college All-American and the team's MVP. He was drafted 25th in the first round of the 1995 NFL Draft by the Miami Dolphins. He started 9 games as a rookie, earning a spot on the all rookie team. He was traded to the St. Louis Rams his second season for tight end Troy Drayton and suffered a career ending neck injury in his third season derailing a promising career. Milner now resides in Sunrise, Florida, with his wife Sabrina and daughter Breana, he also has a son (Maxwell) who lives in Houston, Texas.